The Daily Fight Men Go Through

We are living in a time when men are under constant attack, and it is critical for them to have the right partner to stand with them to bring balance.

No man or woman is perfect – perfecting is a process.  Many women today would more readily curse their men (in their hearts or out loud), rather than pray for them and speak blessings over them.

Women, the main fact that you are chosen to be the queen, means that God has given you a level of grace to deal with the problems that may arise.

From the beginning of time in the Garden of Eden, Satan has been targeting men – the high priests, fathers and husbands – and has launched an all-out war on them.  Men represent headship, family leadership and the image of God.  They are the covering and intercessors for their families.  They are the kings who have been given the authority to name and re-name things.   This is why there is such a fight.

There are many organizations formed to bring men down and to discredit them and destroy their families.  Some also seek to replace men as the headship of the family – thereby standing against God’s original plan for the family.

The spirits of Jezebel and Delilah exist to destroy men by weakening them, and ultimately abort their purpose.  Often times, women want men to change and become what they as women want them to be; but women must  understand that men were formed, while women were made and so they were created differently.  They function differently and their roles are different.  Women must begin to pray that men become who God wants them to become, because they are for His purpose.

To be the roof is not easy, because the sun, heat and elements come beating down on it first with great intensity.  This is the situation with the men who are the covering for their family.

Many want to change the identity of men.  However, in Genesis 1: 26 – 27, God clearly outlines His plans and blueprint for the human race.  What God did not create, He does not bless; and what He does not bless will not be fruitful.  Our job is to be fruitful, multiply and replenish the earth.

There is great effort being made to control the population globally, and a big part of it includes changing the identity of our men.  The males of our species are the carriers of the seed which produces life.  He has the word in his mouth and he can either bless or curse.  So, when the men are out of line, the body (the family) suffers.

The Role of Men

Contrary to popular belief, a man’s function goes beyond producing, transporting and maintaining semen.  He is responsible for the total welfare of the family, and he must lead, guide, discipline, protect, provide physically and spiritually for his family, and protect them from evil.  He must be an example of Godliness, holiness and righteousness.

While most men may provide physically, they fail to provide spiritually.  They must ensure that their families walk in obedience to God’s Word.  A husband who is not faithful to God, cannot be faithful to his wife.  While the man may have many pitfalls, they must never compare themselves with others.

Most men are broken and have been abandoned by their fathers.  Most are fearful of failing to protect and provide for their families.  So many have a fear of not living up to expectations.  There are some who suffer the same abuse as women, but society is silent on it.  So, it is critical for the women to identify these things and pray against the daily attacks that come against the men.   Men need to have faith in God, set their goals and do not quit!

Men, be confident and let your self-esteem increase.  Look to God to set you free from all bondage.  Build your foundation on Him and pray daily.  Where your earthly father has abandoned you, your Heavenly Father is always with you and will not leave you.

Do not allow society to dictate who you are; instead, fulfill the purpose for which God created you.

Apostle Dr. Steve Lyston writes regularly in several printed publications including his own print publication, Direction Magazine.  He has been an apostolic, prophetic voice over the years particularly regarding biblical economics. He has an insatiable passion for helping the poor. 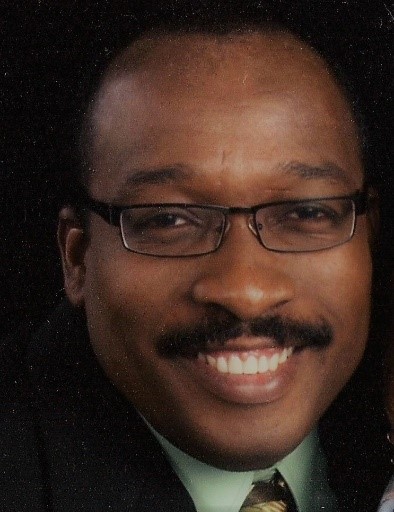