Woman, your role is vital to kingdom-building.

From the moment woman was created, she was surrounded by mystery, and filled with purpose, potential, beauty, favour and greatness.  (Genesis 2: 21 – 23). God’s Word in Psalm 139: 14 – 15 reminds us that we are ‘fearfully and wonderfully made’.   We must always remember these Scriptures.

Genesis 3: 13 – 15 reveals to us that as a result of Eve’s disobedience, and because of God’s love for us, He kept us from immediate and utter destruction. By making this declaration over us,  our Father spoke into us an instruction (Genesis 3: 15) – “And I will put enmity between you and the woman, and between your seed and her Seed;  He shall bruise your head, and you shall bruise His heel.”

Recognize that there will always be spiritual warfare and a direct fight between women and the devil, and deception is the biggest weapon he uses.  He deceived Eve to the detriment of her family’s security, her future and ministry, and her realizing her full potential.

This Scripture prophesied Jesus putting the devil under His feet which occurred through the Crucifixion, Resurrection and Ascension, which means that man’s Redemption through Jesus Christ was in God’s plan all along, which means God already knew what the devil would attempt to do.  This is also a revelation for every woman to understand that the enemy always attacks the head and high priest of the home – the husbands – most often by attacking wives, through her emotions, thoughts, reasoning, even her own insecurities, and through the spirits – Jezebel and Delilah (other women) that tempt him.  So, women must fight back in specific ways to counteract those attacks.  The enemy seeks to destroy the family unit, to cut the head off and destroy the family and the future of nations – the children.  So, every woman – whether she is married or not, whether she has children or not, whether she is saved or not, has a vested interest and Divine duty to fight for marriages, families, communities, churches and nations – through intercession and spiritual warfare.  However, the key is having a strong relationship with her Creator – the Only One with all the strategies necessary to defeat the devil. Woman, you are a mighty battle axe in God’s hands and you can overcome the enemy through Him!

Furthermore, the Lord declared that He would put enmity between the devil and the woman and between the devil’s seed and her seed.  This tells us that we are what I call, ‘Warrior Carriers’.  We are the gift boxes that carry those future warriors with the potential to defeat the devil, and he hates that.

Women are vital to the building of the Kingdom and this makes us the devil’s greatest direct threat, not only because God declared enmity between us and the devil, but also because God put enmity between our seed and his.  Every woman represents continuity and heritage, because she has the capacity to carry, bear and bring to birth, the seed that will continue to bruise the head of the enemy and stop his plans.  Every woman has the potential and capacity to carry devil-defeating seed – spiritually and naturally!

Women, we are Royal Daughters of the Most High God, filled with greatness, favor and uncommon potential and purpose.  The devil is not fighting us because we are weak; he fights because he is afraid we will realize who we really are in God, and as His Royal Daughters, we will have a good relationship with our Heavenly Father and get the secrets on how to defeat him!

This is our Ministry – the Women’s Ministry

So much is broken in our homes, communities, churches and nation, today some of which we are responsible for as women; but God has given us the keys in His Word and through His instructions to make us effective everywhere we are placed to build His Kingdom.  This is our ministry – the Women’s Ministry; and we have a role to play in restoring the family, the community and the nation using many different Divine strategies and Biblical principles.   We must fight for the future of our children – born and yet to be born; for marriage according to the Word of God – one man and one woman.  We must teach our sons to be Kings who speak up for and defend the voiceless; not given to poisons and perversions (spiritually and naturally); just as the Queen in Proverbs 31: 1 – 9 taught her son.  We need to teach our daughters to be Queens who honor and respect the King of kings and the high priest of their home.  Strong, Godly families make a strong foundation for a great nation.  Women, we need to rise up and be whom we are created to be for God.

Pastor Michelle Lyston has authored two books – In His Presence and Royalty In Motion™. She has released one album and two singles, one of which is the same title as her latest book – Royalty In Motion™.  Michele has an online program called The Maximum Recovery Broadcast.  She is happily married to Apostle Dr. Steve Lyston and she enjoys her three children. 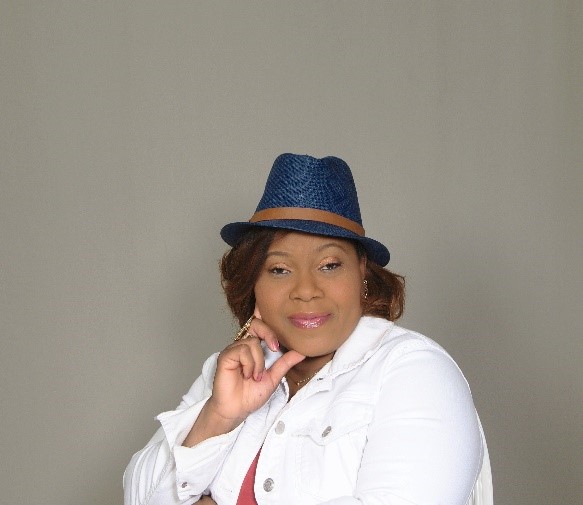